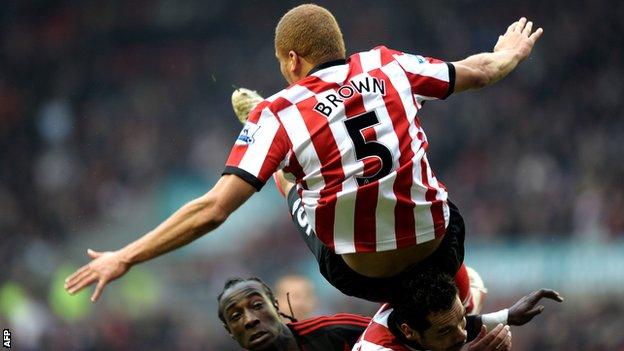 Turner was having a medical at Norwich on Thursday while Brown was undergoing a scan on his injured knee.

O'Neill confirmed centre back Turner, 28, was given permission to talk to Norwich before Brown's injury.

"We do have a number of centre-halves at the football club at the moment, and priorities in strengthening are probably elsewhere," said O'Neill.

Brown picked up a knock in the 3-2 Peace Cup victory over Groningen in South Korea on Sunday.

"I'm hoping that the news on Wes is going to be OK," said O'Neill.

"Norwich had asked us about it before Wes' injury and so having given permission for Michael to go down there and the clubs having agreed a fee, it was just ironic that Wes got injured at the time.

"We will see what develops down in Norwich, but I am hoping that Wes' injury is not as bad as it might have been."