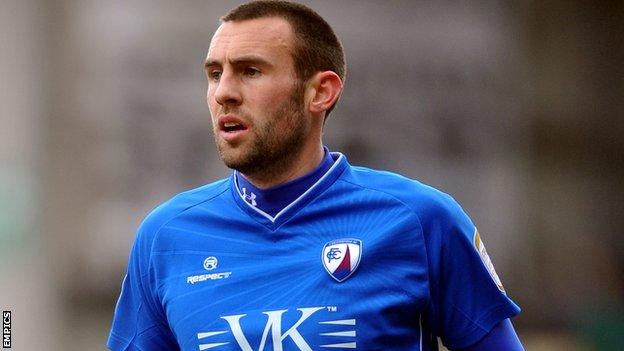 Plymouth Argyle must wait until next week before knowing the full extent of the ankle injury suffered by new signing Jamie Lowry.

The 25-year-old, who signed for Argyle earlier this month, was injured in the club's pre-season win over Truro City.

"He had an X-ray come back clear so we have to wait for the swelling to go down before we get a scan," boss Carl Fletcher told BBC South West Sport.

Defender Lowry will have a scan on Monday to see the extent on the injury.

"It's disappointing because he's a good player, he's a nice lad and he's fitted in seamlessly into the squad," added Fletcher.

"He's a great technical footballer and he's got quality on the ball and works hard and he's got great enthusiasm for the game so he's going to be a big loss."

And Fletcher says he has not finished looking for new players to bring into his side.

As well as Lowry, Argyle have signed goalkeeper Rene Gilmartin and striker Paris Cowan-Hall, and will have talks with Welsh forward Rhys Griffiths next week.

"We're looking all over, we'll have to wait and see with scans coming up," he added.

"Durrell Berry's out for the minute and Jamie, they're my two players that can play right-back really so we'll have to see what kind of length of injuries they would sustain which could maybe affect what we're looking for with improvements."