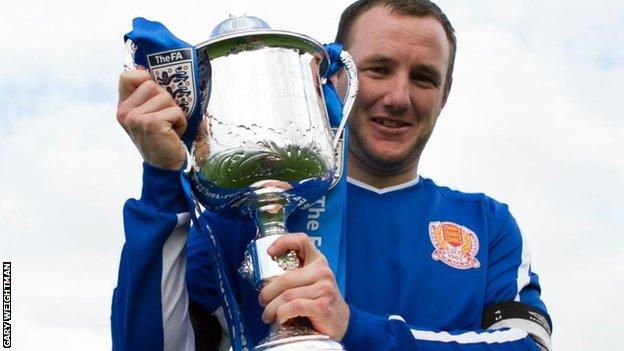 Jersey will take on a Republic of Ireland amateur representative side as part of their preparations for next year's Uefa Regions Cup.

The match in Ireland on Saturday, 27 October is a warm up for the international tournament in San Marino.

Jersey will represent England at the event next March after winning the FA Inter-League Cup.

"It's a great thing to be part of and the match ticks all the boxes."

The game in Ireland has been arranged after a proposed preparation trip to Malta fell through.

A venue for the match, featuring players who have never had professional contracts, is still to be finalised.