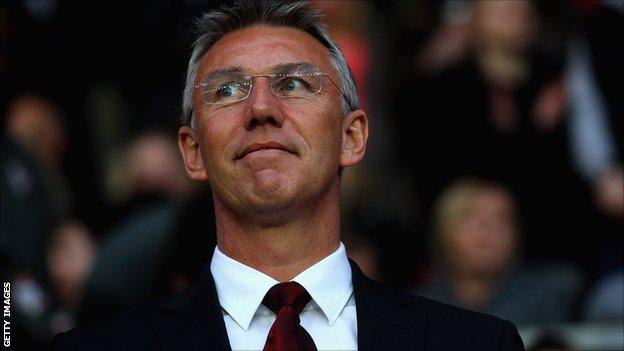 Southampton manager Nigel Adkins has promised there will be further signings at the club before their Premier League opener against Manchester City.

The Premier League newcomers have signed Nathaniel Clyne, Steven Davis, Jay Rodriguez and Paulo Gazzaniga but Adkins says there will be more.

"There will be new additions before the end of the transfer window and before we play Manchester City."

Saints have been linked with a host of players since winning promotion, but although Adkins refused to comment on speculation he did hint that he would be looking to sign another defender before the start of the season.

"We're being linked with players all the time. Sometimes I don't know where they are getting the link from and some might be closer to the mark," added Adkins.

"As we get closer to the kick-off stage everyone wants players in a while ago and obviously the intensity grows.

"The positive thing we've got is we played two different ways last season and we were very successful with it.

"We kept very good possession of the football, and scored a lot of goals.

"What we're try to add is another dimension to the team with another way of playing so we can do exactly the same thing but with a good defensive structure, because when we step up now we're playing against world-class players who will punish you."