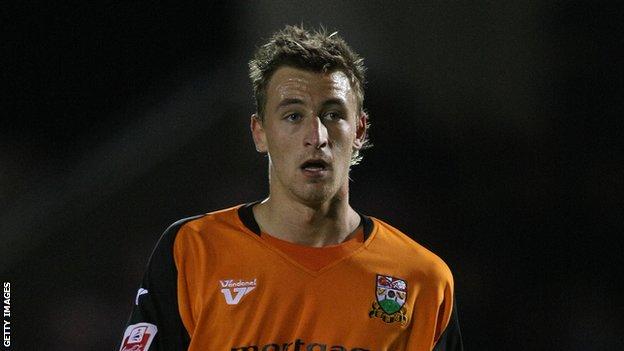 The 22-year-old, who scored six goals in 34 league appearances for the Bees during the 2009-10 season, was a free agent after leaving Dundee.

He told the club website: "I feel I've become a better player since I was here last time [as] I was only a young lad.

"There is a much younger squad and we're looking to play football in the right way, which suits me."

He added: "All the boys will be working hard as we can together as a team to get up the table and get where we want to be."