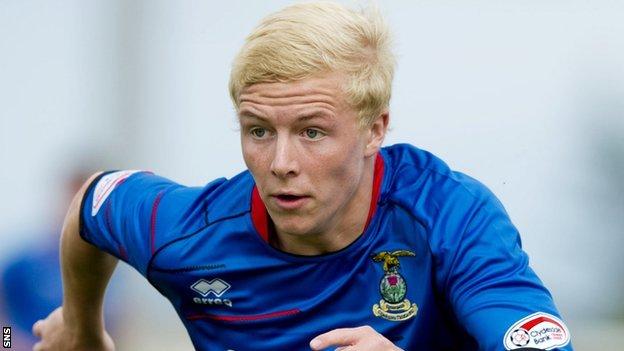 The 18-year-old from Dublin took part in some pre-season matches for the Highlanders, who have also handed Liam Polworth a professional contract.

"Conor can be an asset as he's a lively performer," boss Terry Butcher told the club website. "He plays in the centre of midfield and has real potential.

"Liam has shown good development and has earned his chance."