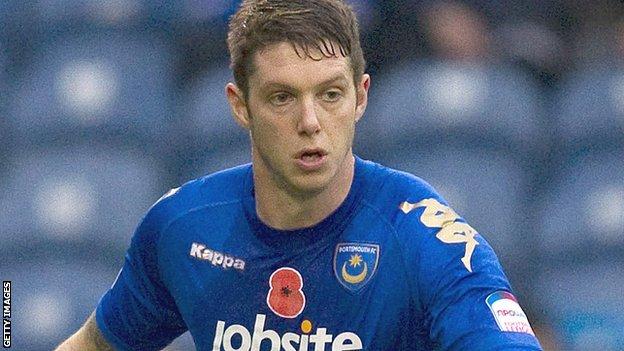 Halford is the third player to leave Fratton Park in a week Pompey revealed they could close unless eight men left.

"It's been a tough year but the administrator wanted us all out," said 27-year-old Halford.

It is Sean O'Driscoll's third signing as City Ground manager.

The former Doncaster boss completed deals to bring in Adlene Guedioura and earlier this week.

Utility defender Halford had previously played for Colchester, Reading, Sunderland and Wolves and admitted he was delighted to resolve his future after signing for an undisclosed fee.

"Not knowing whether there was going to be a club was unsettling," Halford told the Nottingham Forest website.

"This is the right time for me to be here. The facilities are great. I know the owners have big plans as well."

Administrator Trevor Birch has said Portsmouth will close on 10 August unless the remaining senior players leave the club or reach compromises on their salaries.