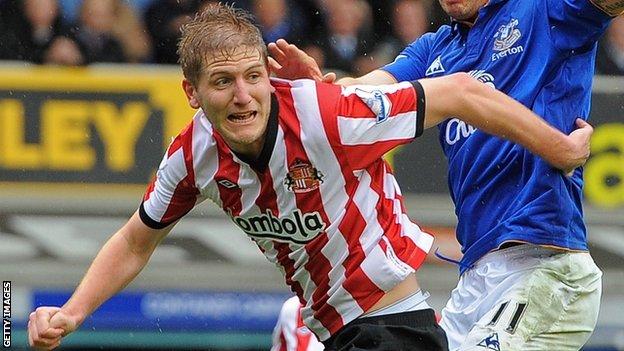 The 28-year-old, who has signed a two-year deal at Carrow Road, played 77 times for the Black Cats following a move from Hull City in 2009.

"I'm delighted. The deal is all signed now and I'm happy to be here," Turner told the Norwich website.

"I've picked up a lot of experience throughout my career, and hopefully I can add a bit to the squad here."

Turner featured 29 times for Sunderland last season, but boss Martin O'Neill has said he was happy to let the centre-half leave, despite an injury concern over fellow central defender Wes Brown.

"I'm delighted to be able to bring Michael into the squad as he is a player with a wealth of Premier League experience," said Canaries boss Hughton.

"Like with Snodgrass, Butterfield, and Whittaker, it's nice to bring players in with a good amount of time left in pre-season so they are able to gel with the squad ahead of the first game of the season."