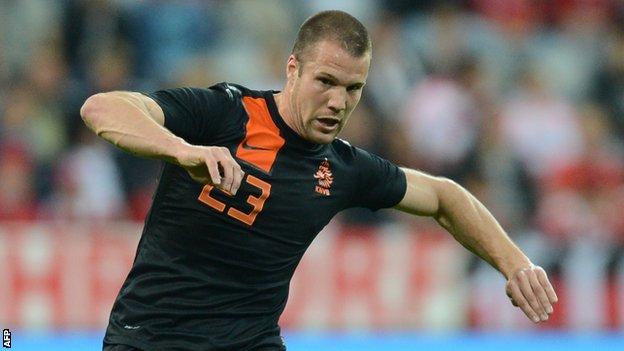 The 27-year-old, who started two games during a poor Euro 2012 campaign for the Dutch, agreed personal terms on a three-year deal last week.

"I am looking to follow in the footsteps of Paul McGrath, Olof Mellberg and Martin Laursen - all them were great players," he said.

The arrival of centre-back Vlaar, who has nine caps, will boost a Villa defence which has seen the departures of Carlos Cuellar and James Collins..