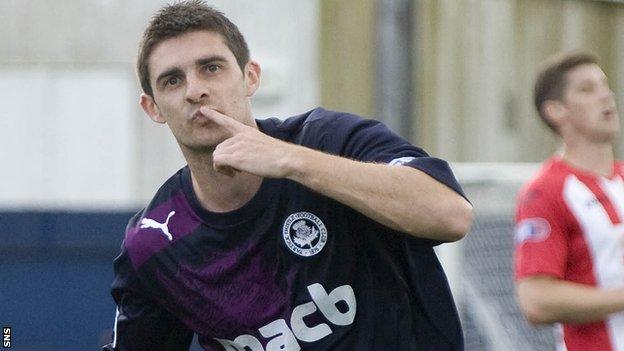 Substitute Kris Doolan's second-half strike was enough to give Partick Thistle victory over Clyde in the first round of the Ramsdens Cup.

Thistle's Stuart Bannigan went close just before half-time but his shot was palmed away by Jamie Barclay.

Clyde were indebted to their goalkeeper again after 58 minutes after he first turned a Chris Erskine shot wide and then saved Sean Welsh's header from the resulting corner.

The visitors' pressure told after 73 minutes when Doolan picked up Welsh's pass to fire home from close range. He almost had a second 10 minutes later but Barclay parried his curling effort.