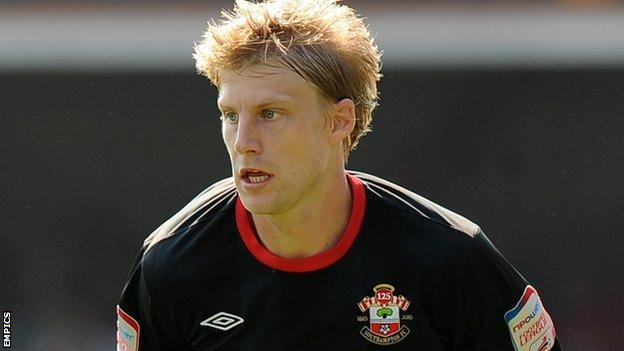 Dan Harding has joined Nottingham Forest on a three-year deal from Southampton for an undisclosed fee.

Left-back Harding, 28, becomes the fourth player to move to the City Ground this week after spending three seasons at the St Mary's Stadium.

"It was a big decision for me to leave, but I feel it's going to be really good for me," Harding told the club website.

"There aren't many clubs I'd have left Southampton for. But Forest is a club going places, I'm really pleased."

Harding played for the Saints 121 times after joining them in 2009 from Ipswich Town and he made 20 league appearances last season as he helped Southampton win promotion to the Premier League.

"Like Adlene, Danny and Greg, Dan is an experienced performer and he knows what it takes to gain promotion from the Championship."