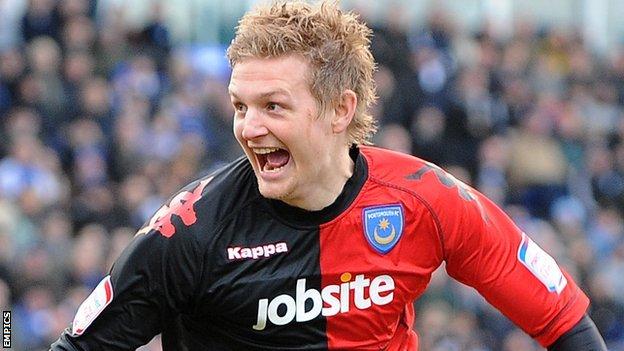 Winger Erik Huseklepp has departed Portsmouth to leave the troubled League One club with only four senior players.

Earlier this week, Portsmouth revealed they need to get all of their senior professionals off the club's wage bill before 10 August or face liquidation.

Norwegian international Huseklepp was a regular in Portsmouth's first team and scored six goals in 28 appearances before the club's financial problems saw him join Birmingham City on loan in February.

But he has now left English football to sign a four-and-a-half-year deal at Brann, where his career began.

"Erik was a regular in the side before the situation changed dramatically here and he had to go out on loan," Portsmouth manager Michael Appleton told the club website.

"He was unlucky because after playing regularly for us things didn't quite work out for him at Birmingham.

"I think Erik feels going back to play in Norway will be best for his international career and we wish him well."