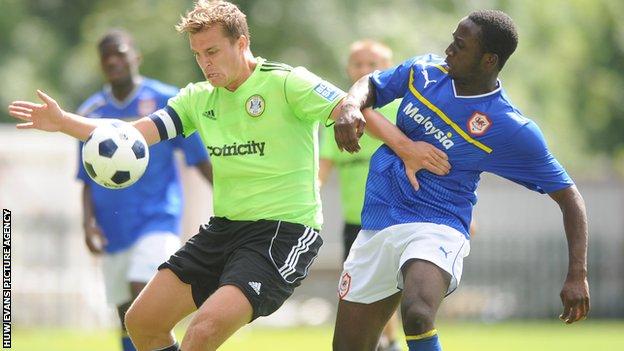 The game's only goal came on 25 minutes when Omar Koroma slotted the ball under Lewis following good work by James Norwood.

Malky Mackay made wholesale changes for the second half with an entirely different team.

Their second half team included Kadeem Harris, who joined from Wycombe Wanderers in January.

Stephen McPhail was forced off the pitch early in the second half with a hamstring injury.

Cardiff were forced to play the rest of the game with ten men having made all their substitutions at the interval.