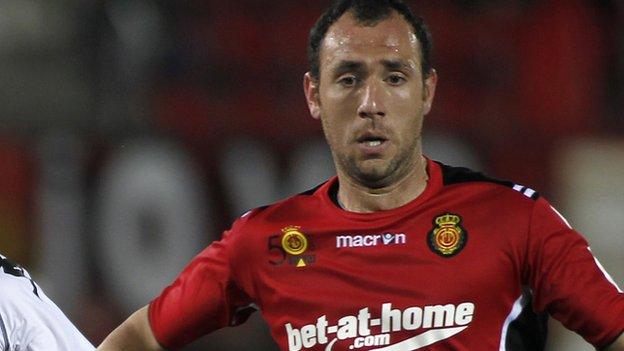 Wigan have beaten West Ham to the signing of Real Mallorca defender Ivan Ramis for an undisclosed fee.

The Hammers agreed a fee with the Spanish club for the 27-year-old at the weekend but he has instead joined their Premier League rivals Wigan on a three-year deal.

Ramis was wanted by Celtic in 2010 but a deal was never completed.

He becomes the Latics' second summer signing after the arrival of Aberdeen midfielder Fraser Fyvie.