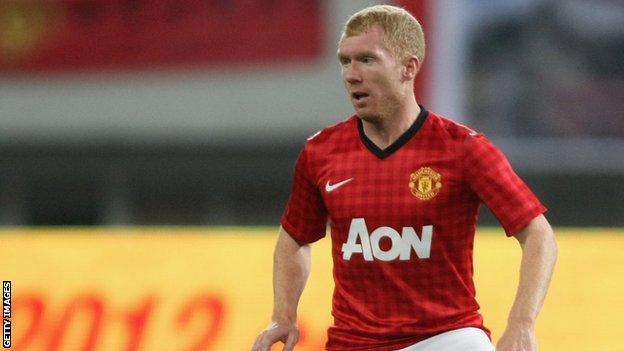 Scholes came out of club retirement in January, seven months after quitting.

And a string of impressive performances in the second half of last season provoked talk of an England return.

The 37-year-old said: "I wasn't offered the chance. It was flattering to be talked about. But I wasn't asked so it means nothing."

Scholes, who called an end to his England career in 2004, played 21 times last season for the Old Trafford club and signed a new 12-month contract in May.

His return to the United midfield was not enough to prevent rivals Manchester City claiming the Premier League title on a dramatic final day of the campaign, a scenario that he said persuaded him to continue his playing for a further year.

"It's always a motivating force when you lose the league," he explained from his side's pre-season tour of South Africa.

"It's not nice to see another team celebrate winning the title on the last day of the season. That picture stays with you."