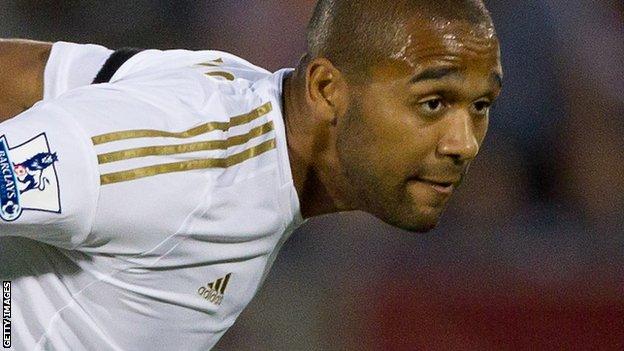 Swansea secured their first victory on their three-game United States tour with a hard-fought victory over Ventura County Fusion in California.

Luke Moore scored the only goal of the game after 21 minutes when he struck home following Danny Graham's cross.

The goal came a minute after a Wayne Routledge effort had been ruled offside.

Youngster Ben Davies forced goalkeeper Earl Edwards into a save while the visitors were also denied a penalty.

Routledge fell under the challenge of Edwards but the referee awarded a corner kick rather than a penalty.

Keeper Edwards denied namesake Gwion Edwards and Andrea Orlandi during the second half.

The Swans, who had lost to Colorado Rapids in their opening tour game, face MLS outfit San Jose Earthquakes on 31 July.