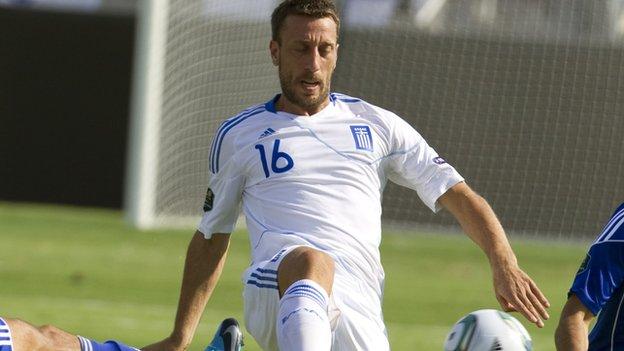 Rangers manager Ally McCoist has confirmed he hopes to add midfielders Dean Shiels and Pantelis Kafes to his squad in the coming days.

But he expects winger Alejandro Bedoya to leave for Swedish club Helsingborgs.

And the Rangers boss admits that United States colleagues Maurice Edu and Carlos Bocanegra, plus Dorin Goian, could follow.

"You would have to ask them. I hope that won't be the case, but I'm not daft," said McCoist.

"I'm hopeful but I'm realistic enough to know there is an opportunity for one or two to dive out of the window."

Bocanegra and Romanian Goian started in the heart of defence as the new Rangers made their debut with a 2-1 win away to Brechin City in the first round of the Ramsdens Cup.

However, McCoist knows that it will be hard to hold on to international players for a whole season in Division Three.

Despite that, he hopes to add Northern Ireland midfielder Shiels, who has refused a new contract with Kilmarnock, and 34-year-old Greek international Kafes, who has left AEK Athens.

"It's not over the line yet, but I know in both cases there is certainly a deal to be done there," he said.

"I've spoken to both players. They seem keen and we are very keen too, so we'd be hopeful something could be done."

McCoist is aiming to be as ambitious as his budget allows even though Rangers are now playing in the bottom tier of Scottish football following the old club's financial problems.

He has four weeks in which to build a squad for the next two campaigns before a 12-month signing ban kicks in.

"We need to build a squad for the next 18 months to two years and we've got to do that in the next four weeks," said McCoist.

"That we have lost something like 22 since January and only brought one in would indicate we need an awful lot of players.

"That being said, I am really looking forward to giving some of our younger boys a chance, which we weren't able to do in the SPL."

McCoist praised teenagers Lewis MacLeod, Barrie McKay and Robbie Crawford for their role in the win over Brechin.

Americans Bedoya and Edu were missing and the manager explained: "Bedoya said on Friday there was an opportunity for him to go to Helsingborg, I think it was.

"I tried to talk him out of it, but it looks to have been unsuccessful.

"Maurice Edu had a groin strain and didn't train yesterday and couldn't travel."

It took until extra time for Rangers to overcome their part-time Second Division opponents, but McCoist was pleased with the result and performance.

"It is our first game effectively," he said. "Due to circumstances, we haven't had any pre-season games and we couldn't even fill the bench with numbers.

"I don't think anyone could say we didn't deserve to win the game.

"There are always things you worry about in cup ties and we were under pressure at times, but I think we deserved to win the game.

"The Scottish League, as the SPL is, is full of very good honest professionals and we are looking forward to going to places like Brechin and getting competitive games."