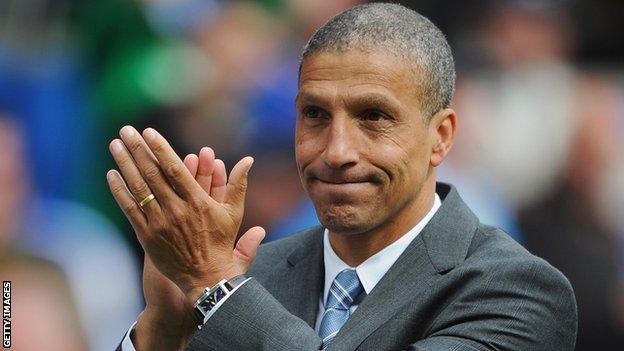 Norwich manager Chris Hughton insists he will not overspend to bring in more new players to Carrow Road.

Of the four players signed since he took charge, only former Sunderland defender Michael Turner came from another Premier League club.

"We'll carry on continually searching to improve the squad.

"If we do, great. If we don't, we'll work with the quality - and it is very good quality - that we already have here," Hughton said.

We're a relatively young squad and if I am able to bring in that bit of experience, a good age, it will be a benefit to us

And Hughton has no qualms about operating within a strict budget when it comes to recruitment.

"We're a club that has to do our business the right way. Are we going to be paying what the bigger clubs are paying? No, we won't," the Norwich boss continued.

"We work within the structure at the club and it's one that everybody respects and understands and anybody that comes in will come in under our structure," he explained.

Hughton professed himself "delighted" to have signed 28-year-old Turner, who joined the Canaries last Friday from Sunderland for an undisclosed fee.

"We're a relatively young squad and if I am able to bring in that bit of experience, a good age, it will be a benefit to us."

It is likely, however, that Turner will only feature in a limited role - if at all - in Tuesday's prestige friendly against Dutch giants Ajax.

"He's just come back from a tour to Korea so it's important that he's able to get a few things sorted out," Hughton added.