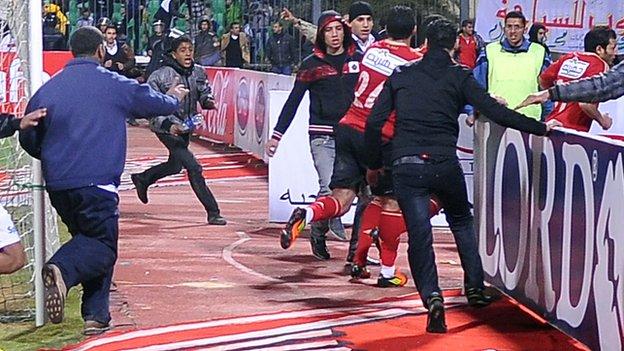 Al Masry chairman Kamel Abu Ali has revealed that the club are unable to play in the Egyptian League this season because of a lack of players.

Last week the Court of Arbitration for Sport lifted Al Masry's one-year ban, imposed after more than 70 fans died at their Port Said stadium in February.

But according to Abu Ali, the club's players are committed to year-long loan deals agreed when the ban was in place.

The club also said it would not play out of respect for the victims.

All domestic football has been suspended in Egypt following the violent clashes during Al Masry's home game against Al Ahly, although the Egyptian Football Association (EFA) is hoping that it can resume on 7 September.

After CAS upheld Masry's appeal against the EFA's decision to suspend them, Abu Ali said it had been vital for him to go all the way in fighting the ban and was delighted with the ruling.

He added, however, that he could understand the feelings of the families of the victims as well as Al Ahly who are upset by the latest development, and said that had also contributed to the club's decision not to exercise their right to play this season.