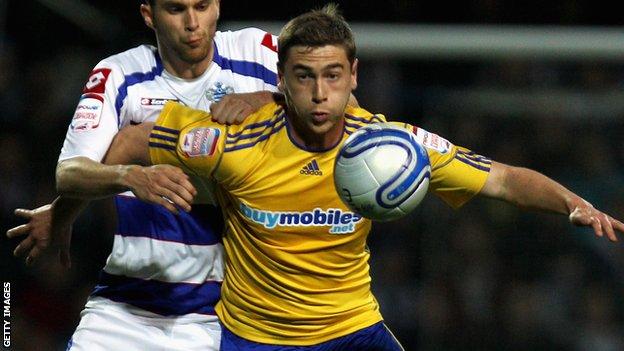 Ipswich Town manager Paul Jewell has said he will not be signing forward Steve Davies unless Derby drop their asking price.

Jewell is keen to be reunited with the 24-year-old, having signed him from Tranmere in 2008 when he was in charge at Pride Park.

"He's a player I admire but it's down to cost," he told BBC Radio Suffolk.

"I spoke to Derby and asked about the fee, and the fee is too much. I haven't got that amount of money."

Davies is available for transfer after turning down a new contract offered by the Rams and Jewell is eager to strengthen his squad, having only signed goalkeeper Scott Loach and defenders Luke Chambers and Elliott Hewitt so far this summer.

But he indicated that there was little chance of Ipswich increasing the sum they are willing to pay.

"I haven't got a bottomless pit and I have to be prudent in the way I try and work," said Jewell.

They lost 2-0 to non-league Luton in a pre-season friendly on Saturday and he added: "We certainly need some players - we need some physicality in the team, some strength, some power.

"I've been frustrated in a number of attempts to bring in players over the summer but I'll continue trying to improve the squad."