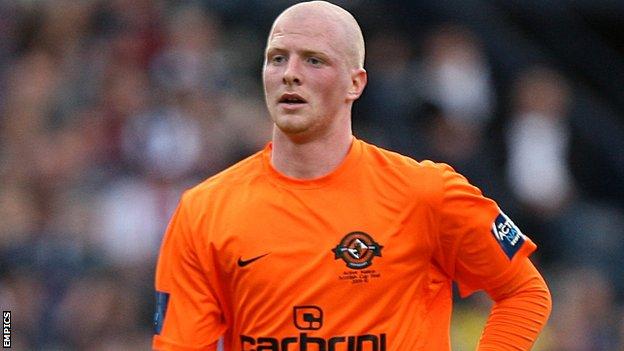 The 25-year-old joins after being released at the end of last season following eight years at Tannadice.

My ambition is to get him back into the Scotland squad

The two-time Scotland international had spent his entire career at United and won the Scottish Cup with them in 2005.

"Gary is a player whom even a few months ago I would never have imagined being able to bring to Bristol Rovers," boss Mark McGhee told the club website.

"He has the potential to be a player who can be a great success here, and if we are lucky enough to get to the next level he can be a success there and beyond.

"I am going to get him to work hard and get fitter and stronger than he has ever been. My ambition is to get him back into the Scotland squad."

The centre-back is Rovers' seventh signing of a busy summer.