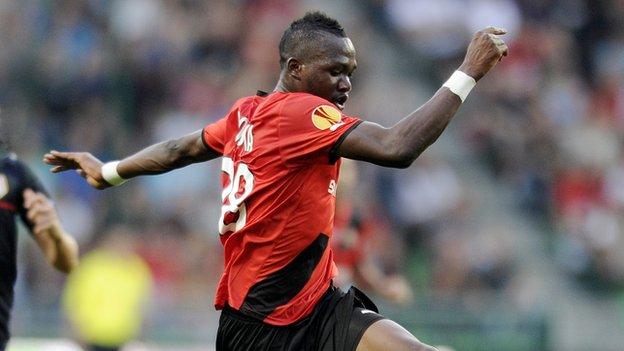 Wolves have made their third senior signing of the summer with the loan capture of Mali international midfielder Tongo Doumbia from Rennes.

The 22-year-old has joined the Championship side on a season-long loan with a view to a permanent deal.

"He has good experience for a young player and made 26 appearances last season for a top six club in France."

Solbakken continued: "He is a box-to-box player who can operate in that central role defensively and offensively and as well as being physically strong he is also good in possession.

"There is a chance he will be involved in the [friendly] game against Shrewsbury [on Tuesday]."

Doumbia's first senior football came with French second tier club LB Chateauroux where he made one appearance in February 2009.

He joined Rennes in the summer of 2009, making almost 50 appearances and scoring twice.

This included experience in the Europa League last season as Rennes made it through to the group stages where they took on Atletico Madrid, Udinese and Celtic.

Born in France, he qualifies for Mali through his parents and has made two full appearances for the country.