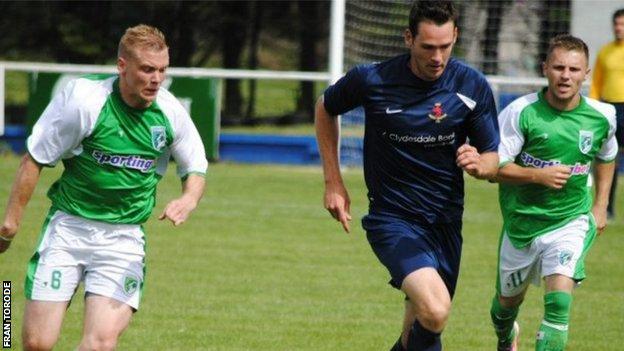 Fielding an experimental line-up, Guernsey took the lead after six minutes when Ben Coulter put the ball past Guernsey FC keeper Chris Tardif who played for the Scots.

Scottish pulled one back before half time but teenage substitute Joe Alvarez got the fourth on 55 minutes.

Guernsey's next game is their opening match in the Combined Counties League Premier Division when they host Croydon on Saturday 4 August.