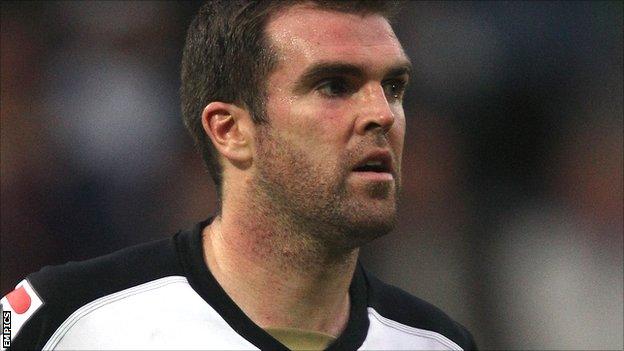 Tranmere Rovers have terminated the contract of striker Ben Burgess, who has chosen to retire from football.

The 30-year-old, who was released by Notts County at the end of last season, in June.

We hope to bring in a replacement as soon as possible

"Ben feels he is unable to play at 100%. He's been a model professional here and I wish him the best of luck in his new life outside of football."

Moore continued: "It leaves us with a gap to fill up front but we've already started working on it and hope to bring in a replacement as soon as possible."

Burgess, who scored 86 goals in his professional career, added: "I'd like to thank everyone at Tranmere Rovers and I'm really sorry it hasn't worked out."

His last appearance came for Cheltenham Town in the League Two play-off final in May. They were beaten 2-0 by Crewe Alexandra at Wembley.