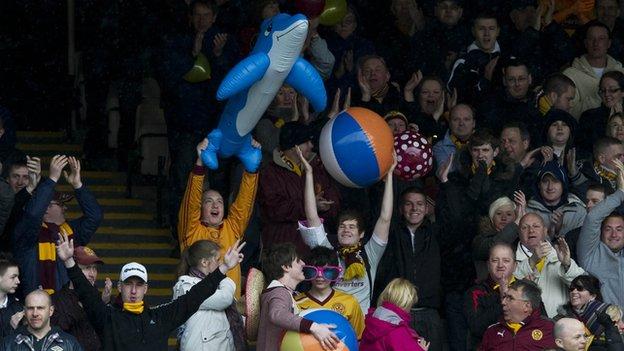 Motherwell have described as a "wonderful gesture" Ross County's offer to pay for fans to make the 370-mile round trip to Dingwall.

Fans travelling to Saturday's Scottish Premier League opener on official coaches will do so free of charge.

And Motherwell chief executive Leeann Dempster thanked the County board.

"It's a clear demonstration of football clubs in the SPL working together and showing solidarity in difficult financial times," she said.

Motherwell face Panathinaikos in the Champions League third qualifying round and travel to Greece four days after their trip to the Highlands.

"It is particularly welcome given the additional costs, travelling and sacrifices 'Well fans have to make due to the club's participation in European competition," Dempster added.