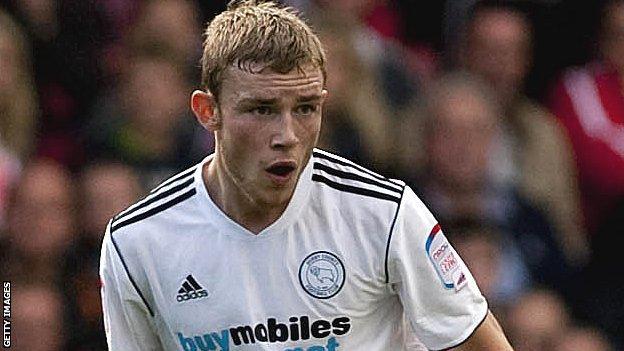 Derby County manager Nigel Clough says the return to fitness of defender Mark O'Brien is "brilliant" for his squad.

The 19-year-old, who sustained cruciate ligament damage last December in training, played in Derby's pre-season victory over Burton at the weekend.

Mark coming back into the fold is certainly a big boost

"It was brilliant to see Mark get back on the pitch, " Clough told the club's official website.

"He's had a tough few months but he's worked incredibly hard and to see him out there again was tremendous."

O'Brien came off the bench in Derby's 1-0 victory at the Pirelli Stadium and Clough believes the defender is an improved player.

"He's used his time out wisely to bulk up as well and he's looking very strong now," Clough added.

"But his attitude has been spot on and he's back on schedule which is pleasing for him and us.

"He's competitive and a natural defender, so it's great to have him back as a defensive option this season.

"Last season Mark surpassed expectations in many ways, so it'll be interesting to see how he does this season.

"We've got good competition in the central defensive area of the team now, and Mark coming back into the fold is certainly a big boost."