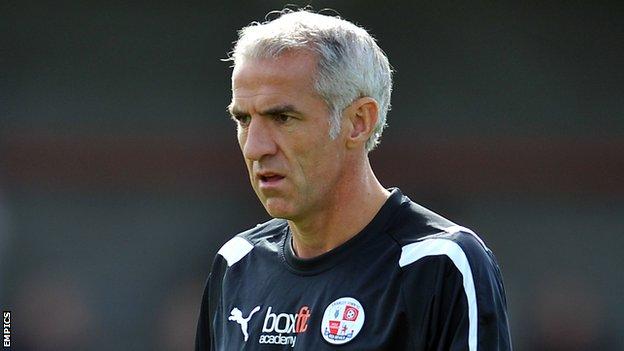 Crawley Town caretaker manager Craig Brewster says he is focusing on getting the squad ready for the new campaign as the club search for a new manager.

The 45-year-old is in interim charge of the Reds after Sean O'Driscoll left to join Nottingham Forest.

"We'll just make sure the players are ready for every game."

He added: "The players are the important people and they have got to be the ones to put in the work and produce the performances. In football, that never changes."

The League One side are still searching for a new manager after Dean Holdsworth and John Pemberton tuned down the chance to take charge at the Broadfield Stadium.

Brewster, who is in his second spell as caretaker manager after guiding the club to promotion from League Two last season once Steve Evans moved to Rotherham in April, believes the club will be ready for the start of the season when a new boss is brought in.

"When you win back-to-back promotions you have winners in your team," he continued. "You look behind the scenes and spirit has a massive part to it.

"The staff behind the scenes have done a fantastic job and everybody plays their part."