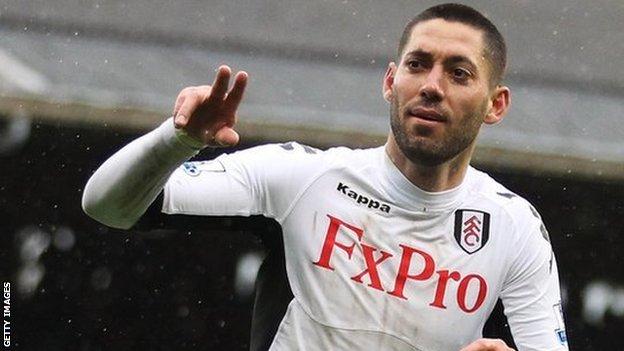 Forward Clint Dempsey will not be involved with Fulham's pre-season training camp in Switzerland this week.

Dempsey, 29, did not ask to be left out but held talks with manager Martin Jol and it was agreed he should remain in London and train with the youth team.

The Cottagers insist the decision is based purely on the American's lack of match fitness, while striker Hugo Rodallega has also been left behind.

Liverpool made an enquiry for Dempsey earlier this summer.

However, no further contact has been made between the clubs relating to the player, who scored 23 goals in 45 games for Fulham last season.

Jol's squad will spend the week in Switzerland and play Nice in France on Saturday.