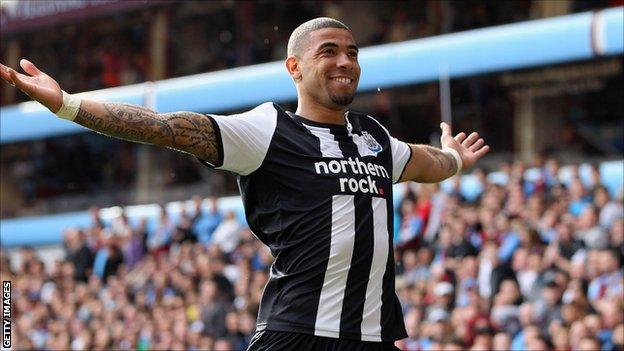 Blackburn Rovers will look to sign two strikers before the start of the season to replace the injured Leon Best.

The 25-year-old has been with a serious knee injury.

Blackburn have made a tentative inquiry for Huddersfield striker Jordan Rhodes but were told the player is not for sale.

"What we have to do now is find a good replacement and also supplement that," Blackburn's global advisor Shebby Singh told BBC Radio Lancashire.

When I heard the news, it was difficult for me not to cry. Life has to go on, but right now it hurts very deeply

"There is still time for us to do that. Three weeks will be enough for us to make sure we start the season with a very competitive strike force.

"We were always going to look for someone else to deputise for Leon.

Blackburn get their Championship season under way at Ipswich on Saturday, 18 August.

Best, who joined Rovers from Newcastle for £3m this month, scored in the 2-1 friendly win over AEK Athens on Sunday but was carried off on a stretcher before half-time.

Scans on Monday confirmed Best damaged his cruciate ligaments, which will keep him out until the new year.

"We signed Leon because he's got the strengths that we need," continued Singh. "Now we're going to lose him for a minimum of six months.

"I feel for him because he's bought into the ambition of the club and he's been fantastic in training.

"Against AEK Athens, he was bullying their defenders. And then this happens.

"When I heard the news, it was difficult for me not to cry. Life has to go on, but right now it hurts very deeply."