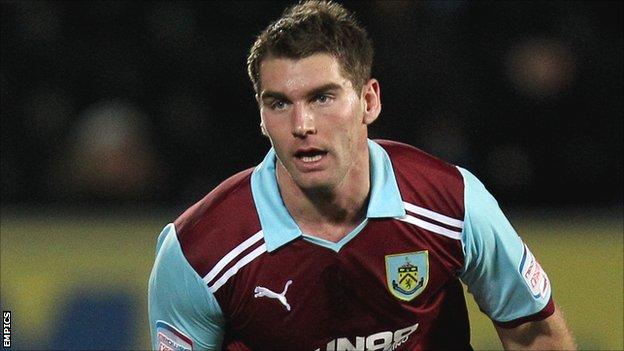 Burnley have signed Wales international striker Sam Vokes from Wolves for an undisclosed fee on a three-year deal.

The 22-year-old scored twice in nine games during a loan spell at Turf Moor last season and played alongside Clarets boss Eddie Howe at Bournemouth.

Vokes joined Wolves in May 2008 and helped Mick McCarthy's side reach the Premier League 12 months later, scoring eight goals in his first season.

But he made only four league starts in his four years at Molineux.

As his first-team opportunities became increasingly limited, Vokes had loan spells with six different clubs, including the Clarets.

The highlight of his two-month stay was a late header that sealed a 2-1 win against West Ham at Upton Park in December.

He played 20 minutes of Burnley's 3-1 friendly win at Bath City on Tuesday night.

Burnley have been searching for a new striker since selling last season's top goalscorer Jay Rodriguez to Premier League newcomers Southampton for a fee in the region of £7m in June.

And they could be due a further payment from Wolves, if they allow striker Steven Fletcher to leave the club.

Burnley received around £7m for Fletcher, who was recently the subject of a £10m offer from Sunderland, from Wolves two years ago and will receive 15% of any profit made on the Scotland international.