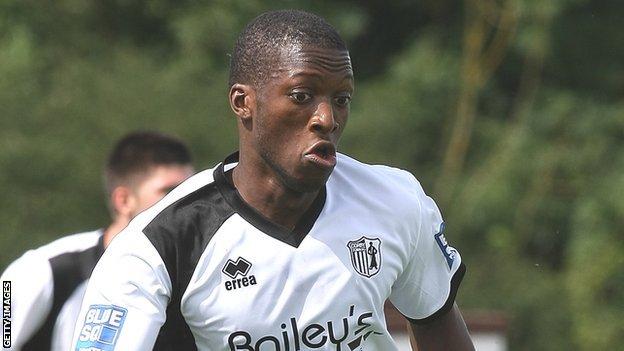 He has played in the third tier in his home country and at Dover Athletic.

"What Pierrick and Paul Malone have shown so far is that they seem to be a good combination - the signs are promising but it's very early days."

He added: "You can tell more and more as the season goes on whether or not they'll make an effective partnership."

Meanwhile, Sampson believes he is close to having the squad in place that will start the Blue Square Bet North campaign.

"If we can just add one or two more then I'll be quite happy with what I've got," he said.

"I think from when we got the job and what we had then, to what we have now, it's been hugely encouraging.

"But it's only when you get into league games that you can tell where you're going to be."

Trialist Ricky Miller, who has hit five goals in three matches for the Steelmen, has been offered terms for this season.

"We're waiting to hear back from him," Sampson said. "I can imagine [the delay is down to] finances.

"He's not a Corby player and he has [also] played for Stamford and Alfreton, but he's due to be with us at Rugby on Tuesday night.

"Plus, there's one or two youngsters who've been with us since the start of pre-season that I'd like to get on board."