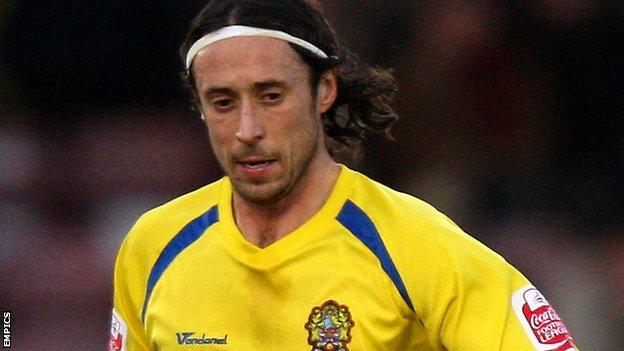 Cambridge United have refused to put any timescale on Adam Miller's return to action following the midfielder's fourth ankle operation.

Miller, 30, has not played for the club since damaging ankle ligaments in a game against Eastbourne in August 2010.

"We will continue to support him in his rehabilitation from this latest surgery," said U's boss Jez George.

"We will put no pressure on Adam by speculating on his future or setting any timescales."

George continued: "He was injured playing for Cambridge United and as a club we have done and are doing everything possible to help him return to full fitness."

Miller joined Cambridge from Gillingham only two months before suffering the injury and still has a year left on his contract.

"I'm deeply grateful for everything everyone has done for me and continues to do for me."