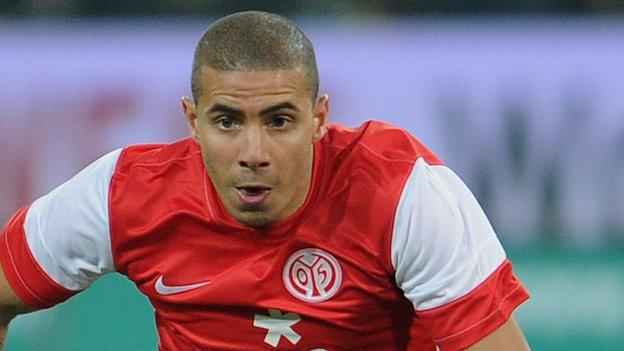 The 30-year-old made the switch after ending his second stint with German Bundesliga side Mainz 05.

Mainz 05 told BBC Sport the player's contract expired in the summer and he rejected the offer of a new one-year-deal with an option for a further year.

Zidan, who has 44 caps for Egypt and has scored 13 international goals, is understood to have signed a two-year contract with Baniyas.

Zidan first joined Mainz 05 in 2005 and stayed for two years, but his second spell with the club lasted only six months - he signed from Borussia Dortmund at the end of January this year.

On his return to the club he set a new Bundesliga record when he became the first player to score in each of his first six games for a new club.

However, he was also fined for swearing at rival fans during Mainz's 4-0 derby win over Kaiserslautern on 25 February.