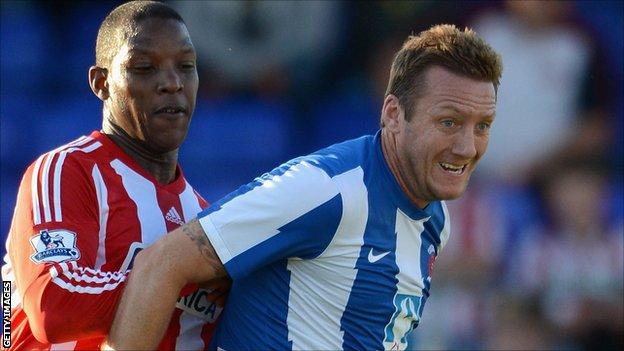 Franks, 22 and Walton, 24, were brought in from Leicester, Middlesbrough and Plymouth.

"We lose Gary Liddle and then along comes Simon Walton, and I really like the three of them."

Cooper added: "I think the fans will too once they're all together and up to fitness."

The return of Howard to Victoria Park after a 13-year absence was marked by the winner in Pools' 1-0 defeat of neighbours Sunderland on Friday.

"He needs games, he's not played a lot at Leicester," Cooper added.

"But he's a great lad, with a great attitude and professionalism, and he's a target player we've not had for a while at this club.

"His experience is vital, young Luke [James] is playing upfront alongside him and he must really enjoy it.

"We're quite young up front on the whole so to get him in to help them out is crucial as well."