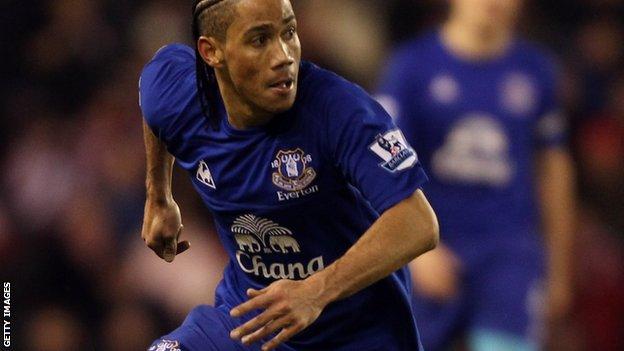 Steven Pienaar has completed a £4.5m move back to Everton, 18 months after joining Tottenham for a reported £3m.

The South African midfielder, 30, has signed a four-year deal after returning to Goodison on loan in January.

"It took a few weeks to sort out but I am delighted to be back and excited to play for Everton," Pienaar said.

"There was no doubt in my mind that I would be back here. At the end of the season I told the manager how I felt and I am happy now it is all done."

Pienaar joined Everton from German club Borussia Dortmund in 2007 and spent three-and-a-half seasons at Goodison Park before leaving for Tottenham in January 2011.