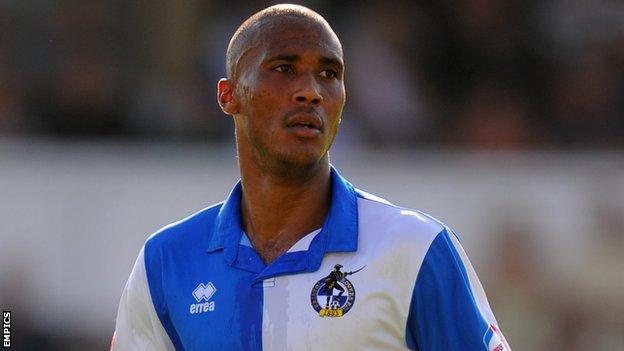 Zebroski scored five goals in 44 appearances last term, including one against Cheltenham in their 2-0 defeat at Whaddon Road.

"He was talked about in January but the fee was too much," manager Mark Yates revealed to BBC Gloucestershire.

"I signed Jermaine McGlashan on the back of missing out on Chris.

"I've been after him all summer but we were patient and we stepped in at the right time.

"People know that he works his socks off and we like that and we'll think he'll fit in perfectly.

"He's been worth the wait."

Zebroski, who can play up front or in the wide positions, has made 281 career appearances, scoring 59 goals.

After starting out at non-league Cirencester he moved to Plymouth, then Millwall.

He was sent out on loan to Torquay and Oxford during his time at the Den and eventually left the London club to join Wycombe, who payed £20,000 for him.

Zebroski re-joined the Gulls for a second loan spell in November 2009 and made his switch permanent three months later, becoming their top-scorer the following season with 15.

He had a less prolific scoring record at Rovers with both Buckle and his successor, McGhee, opting to utilise him in midfield areas.