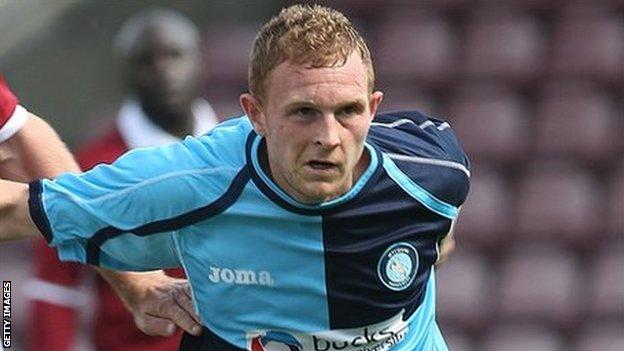 Wycombe boss Gary Waddock has refused to be drawn on speculation that striker Stuart Beavon could leave the club before the start of the season.

The 28-year-old, who played the second half of Tuesday's 3-0 friendly defeat by QPR, has been linked with clubs in higher divisions.

"He's preparing himself for the start of the season," Waddock told BBC Three Counties Radio.

"He'll be playing and involved with us until told otherwise."

Last season was Beavon's most successful in front of goal by far for the Chairboys, who he joined from non-league Weymouth in 2009, although his 25 goals were not enough to save the club from relegation to League Two.

Asked whether he was confident Beavon would still be with the club for the new campaign, Waddock replied: "I'm confident he's here and played for us tonight.

"He's been very good in training and worked extremely hard for us, so we'll keep going."

Meanwhile, Waddock said he was "delighted" by the reception given to veteran Gareth Ainsworth from supporters of both sides.

The 39-year-old, who spent seven years with QPR before joining Wycombe, has accepted a player-coach role for the new season as his on-pitch career draws to a close.

"It was great for Gaz - he got a fantastic reception when he entered the field of play, and when he got his first touch as well," said Waddock.

"He deserved that. He's been a fantastic servant for every club he's been at and the supporters rewarded him with the reception they gave him."