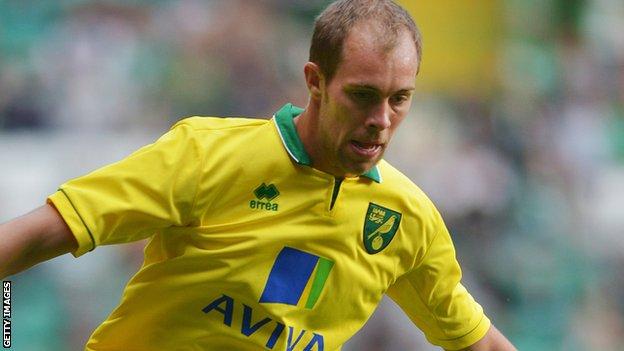 Norwich signing Steven Whittaker will miss the start of the Premier League season because of an ankle injury.

The full-back, who joined the Canaries from Rangers, limped off during last week's friendly against Celtic.

And manager Chris Hughton has admitted that Whittaker, 28, will not be fit for the opening game of the new campaign at Fulham on 18 August.

"It's certainly going to keep him out for a good few weeks," Hughton told BBC Radio Norfolk.

However, Hughton was philosophical about losing one of his four summer recruits so soon.

"The good news is that whenever anybody goes over on an ankle, you're always dreading the fact that it's something that might be a really long-term injury, but it's not to that degree which we're delighted at," he said.

"You only have to pick up the newspapers to see players have picked up injuries in pre-season that will keep them out for a matter of months.

"It's part and parcel of the game, you just hope you can get through a pre-season with minimal injuries and at the moment we're OK."

Another new signing, former Leeds midfielder Robert Snodgrass, made his first appearance in a Norwich shirt against Ajax, coming on as a 69th-minute substitute.

"When a player moves from one club to another at this stage, they'll generally miss out on a few days' training because they need to sort a few things out and that's been the case with him - and Michael Turner [who joined the club from Sunderland last Friday]," said Hughton.

"He's come in late to our pre-season and missed some of the work that we've done, so it was good to get him on."