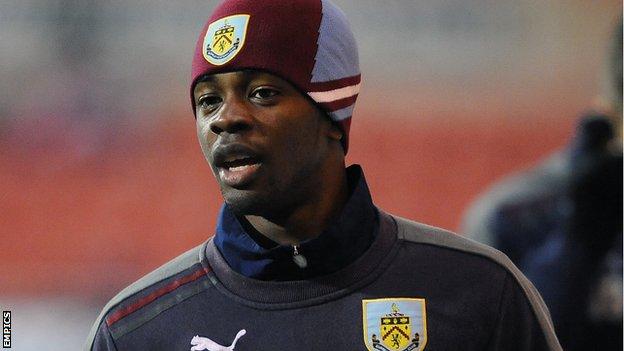 Swindon Town have ended their interest in Zavon Hines only two days after he was taken on trial.

Ex-West Ham striker Hines is a free agent after being released by Burnley, where he made 17 appearances during his year-long spell with the Clarets.

Swindon manager Paolo Di Canio invited him to train with the League Two champions but said the 23-year-old's fitness levels were an issue.

"I can't give him 40 days for pre-season," Di Canio told BBC Wiltshire.

"It's my opinion - I don't want to put him in trouble. He's just far from our level of fitness.

"We said to him it wasn't fair to keep him here for seven days.

"I don't think now I can find players who have the level of fitness that my players do."

Fellow trialist Iain Turner has been given longer to prove himself at the County Ground.

The Scottish goalkeeper, 28, was one of 21 players shown the door at Preston North End in May. and he will spend the next week training with Town.

"We want to be sure," added Di Canio.

"He's a good professional and an experienced goalkeeper. You can see he has a physical presence and got involved straight away.

"It's important that people participate and learn what's going on straight away."

Turner spent eight years at Everton but only made eight first-team appearances, with the majority of his tenure spent out on loan.

He played 12 games for Preston last season before being sent to Dunfermline but his loan spell in Scotland was cut short because of injury.