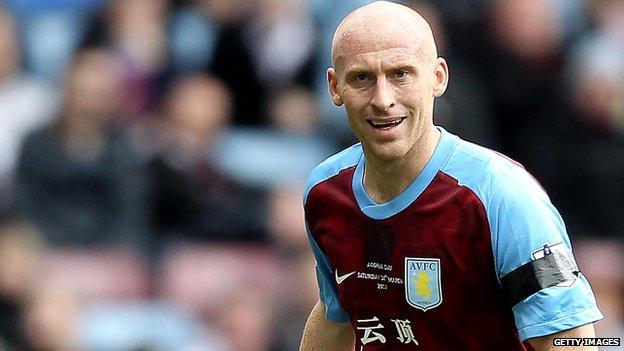 West Ham have sealed the £2.5m signing of James Collins from Aston Villa.

The 28-year-old defender, who left West Ham for Villa in September 2009, passed a medical on Tuesday and becomes Sam Allardyce's seventh summer signing.

Collins could have left Villa Park on a free transfer next summer, but manager Paul Lambert has opted to cash in now.

"As soon as I knew the interest was there from West Ham, I couldn't wait to get down and sign," said Collins. "It's great to be back."

He added: "I had a great affinity with the club and the fans when I was here the first time and I enjoyed my time here so much last time that it wasn't a hard decision to make, to be honest.

"I've come back and I'm a much better player this time around, so I can't wait to get cracking and show the fans that I am a better player and can put in the performances on the pitch."