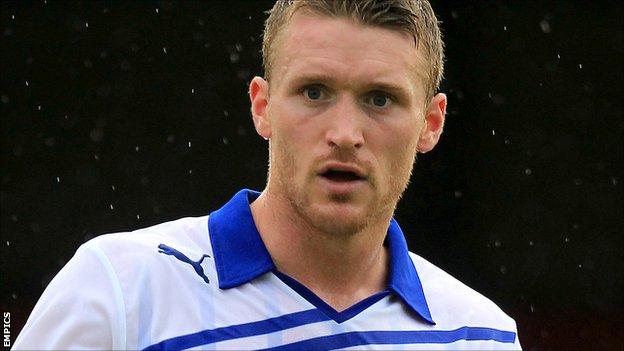 Macclesfield have signed defender Kieran Charnock on loan from Fleetwood.

The 27-year-old centre-back will remain with the Silkmen, who were relegated from League Two at the end of last season, until January.

Charnock, formerly of Peterborough, Torquay and Morecambe, helped Fleetwood win promotion into the Football League for the first time earlier this year.

He could make his first appearance for Macclesfield in a friendly against New Mills on Wednesday evening.

Charnock spent much of his early career in non-league football with Southport and Northwich, and has gone on to make 103 Football League appearances.