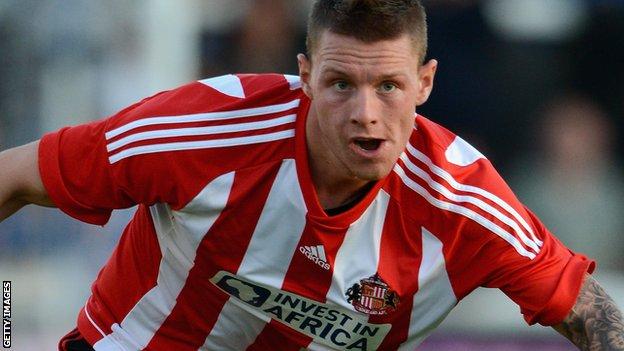 Ipswich boss Paul Jewell has played down the possibility of striker Connor Wickham returning to the club on loan.

The 19-year-old has been linked with a move back to Portman Road after only making five Premier League starts for Sunderland last season.

"I think we've got first call on Connor if he becomes a loan," Jewell told BBC Radio Suffolk.

"I also think we've got to pay three quarters of his wages and we haven't got that type of money."

Wickham, who cost Sunderland an initial fee of £8.1m 14 months ago, would undoubtedly add extra potency to Ipswich's attack.

But Jewell insisted that strengthening the defence was his priority following a 2-1 defeat by League Two Southend in a pre-season friendly.

"The goals we conceded are beyond belief," he added.

"We've played Luton, who are a Conference team, and Southend - they're not easy games but we've conceded goals from crosses and set plays, so that tells you one area we need to improve.