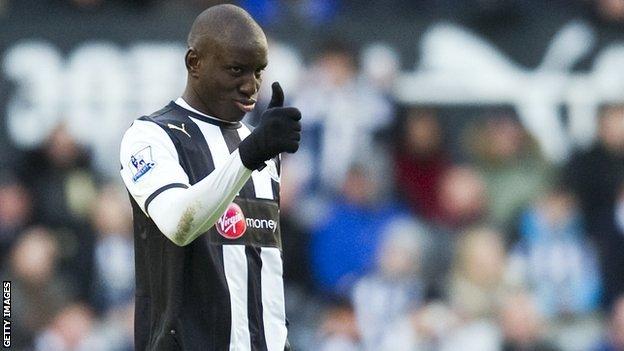 Senegal international striker Demba Ba remains a Newcastle player after a deadline to activate a release clause in his contract passed.

There had been speculation over Ba's future before the 31 July cut-off.

But the 27-year-old had repeatedly expressed his desire to stay on Tyneside, while manager Alan Pardew was always confident of retaining his services.

It is understood the clause would have been triggered at £7.5m.

Ba finished his first season at Newcastle as the club's leading scorer with 16 goals, three ahead of compatriot Papiss Cisse, who proved a sensation following his January arrival from Freiburg.

All but one of Ba's goals came before he left to play for Senegal in the Africa Cup of Nations at the turn of the year.