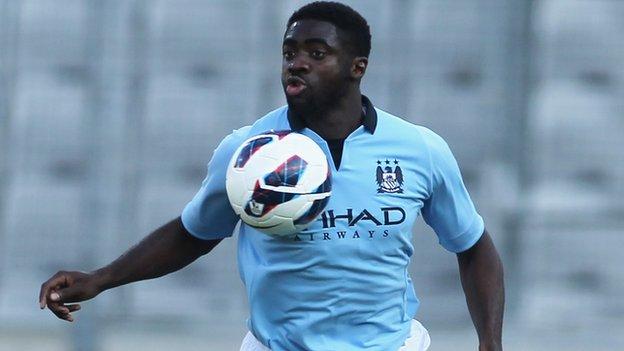 Manchester City defender Kolo Toure has revealed he is uncertain how long he will remain with the English Premier League champions.

The Ivory Coast international, 31, has only one year left on his contract.

Toure has held talks with Turkish side Bursaspor but added: "I'm just focusing on City. I'm a City player, I still enjoy it here.

Toure, whose brother Yaya also plays for City, moved to the club from Arsenal in 2009 for a fee of £14m.

He has made 67 appearances for City but was out for six months in 2011 - from 2 March to 1 September - when he he was banned from all football for failing a drugs test.

Last season, the former City captain struggled to hold down a first-team place and made only 14 league appearances.

"I love playing at the same club as my brother. But we will see what will happen. I've got one year left on my contract and that's it," he added.