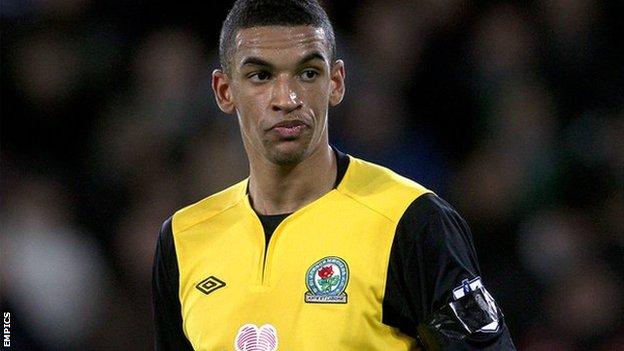 Blackman, 22, featured just three times for Rovers last season as they were relegated from the Premier League.

Wilson told BBC Radio Sheffield: "We've made an enquiry but that's all it is at the moment.

"I can't really comment further but it's correct to say we have an interest in him. Goals will get you where you want to be."

The former Macclesfield man enjoyed a successful loan spell with Motherwell at the start of the 2010-11 season, scoring 10 goals in 18 league appearances before following former Steelmen manager Craig Brown to Aberdeen for the end of the season.

His spell with the Dons was less profitable as he scored just twice in 15 games.

Meanwhile, Wilson is also concerned about his side's lack of cover in the centre-half position.

"We've got no centre-halves and we can't wait for Lescinel to get fit but we can't push him," he continued.