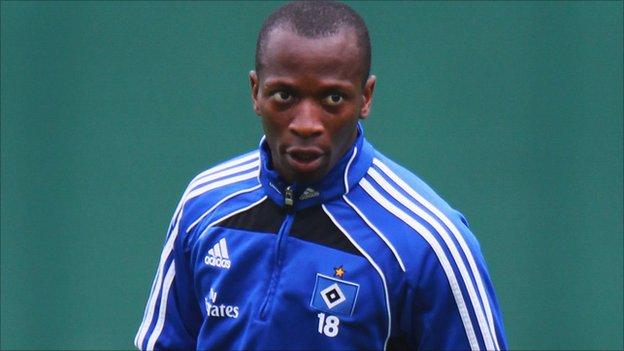 Brazilian Correa, 31, started the game, while compatriot Dudu, 23, and Netherlands international Castelen, 29, came on for Boro in the second period.

"We'll have another look at them in training," Mowbray told BBC Tees.

"It's good to see trialists in games, but to train with them and see their personalities is important."

While Castelen was brought over following a spell in Europe with German Bundesliga side Hamburg, the Juninho-recommended duo of Correa and Dudu only arrived in the United Kingdom on Monday.

"When they've been on an aeroplane for 12 hours and they get told to get their boots on and play it's hard," Mowbray added.

Meanwhile a goal for Adam Reach was evidence of the talent within the Boro squad, and Mowbray is keen for those players to play their part this season.

"I want to encourage some of the younger players," the Boro boss added.

"Our own players are young and hungry, [Luke] Williams, [Cameron] Park, Reach, [Curtis] Main and [Andy] Halliday, they'll be wanting to force their way in.

"They need the encouragement to have an opportunity, if the right player comes along for the right position then I wouldn't say we're finished.

"But we're not actively making calls at the moment, the squad needs time to bed in and see how we go."