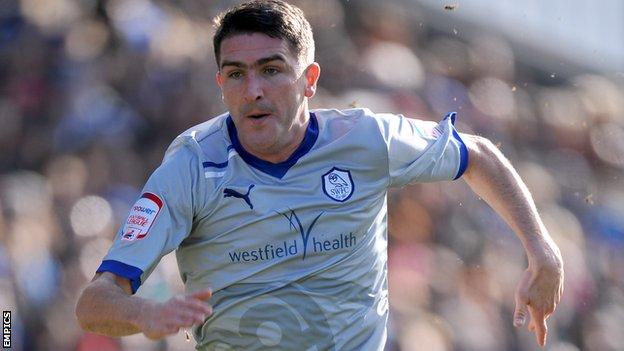 Milton Keynes Dons have completed the signing of Sheffield Wednesday striker Ryan Lowe for an undisclosed fee on a two-year contract.

The 33-year-old only joined the Owls from Bury a year ago and scored nine goals to help them win automatic promotion to the Championship.

He told the Dons' club website: "There's not many clubs that I would have left Sheffield Wednesday for.

"I have come here to hopefully achieve the ambition of getting promoted."

Lowe, who began his career in non-league football before joining Shrewsbury Town in 2000, added: "I have just left a great club in Sheffield Wednesday.

"I was probably going to be limited to chances of playing football and I don't want to just sit around picking up money."

The forward, who has also had spells with Chester City and Crewe Alexandra, won promotion in each of the last two seasons with Bury and the Owls, while the Dons missed out in the League One play-offs.

And he added: "Hopefully it can be third time lucky for the football club and hopefully I am a good luck charm and I can make it a third promotion for me."