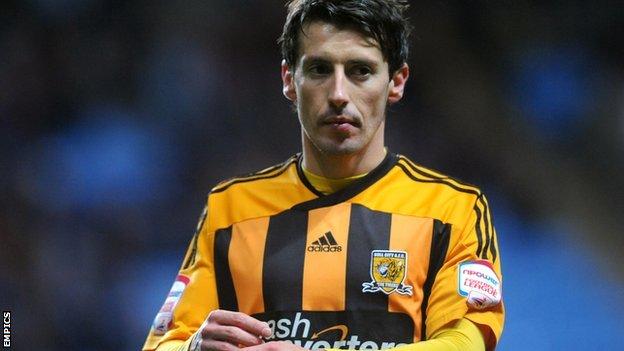 Hull City boss Steve Bruce will not set a deadline on Robert Koren deciding if he wants to stay with the club.

Koren, 31, is the subject of interest from Championship rivals Leicester City but Bruce remains hopeful of retaining the Slovenia international.

Bruce told BBC Radio Humberside: "We're still talking to his agent and we'll continue to do that.

"There's no deadline at all. He's our player and we're all hoping we can strike a deal."

He added: "I don't want to let him go. You never want to lose your best players."

The Tigers have taken former Norwich City midfielder Mark Fotheringham on trial and Bruce says he is a player they will monitor.

Fotheringham, 28, played for Hull in the 3-1 friendly defeat by Doncaster on Tuesday.

"He's someone I've known of for some time from when he was at Norwich and he went to play in Cyprus and people seemed to forget about him," he continued.

"It's an opportunity to take a look at him and we'll do that over the next few days."

Bruce also confirmed that he will look to send young defenders Liam Cooper and Sonny Bradley and forward Mark Cullen out on loan to get experience.