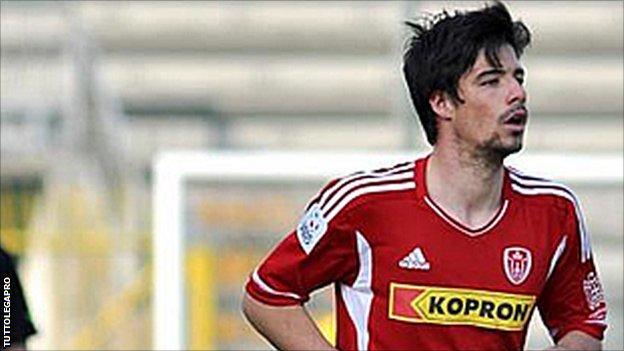 Carlisle United have handed defender Alessio Bugno a two-year contract after he impressed during a three-week trial at Brunton Park.

Former Monza utility man Bugno, 22, has agreed to the deal which remains subject to international clearance.

"He is a really nice lad who has worked hard from day one and he's settled in quickly to the way we do things on and off the pitch," boss Greg Abbott said.

"The way he has come through has been a huge bonus."

Abbott added: "We really think we've got a player we can work with over the course of the next two years.

"He gives us something a little bit extra and it's up to him to carry on the good work and stake a claim."