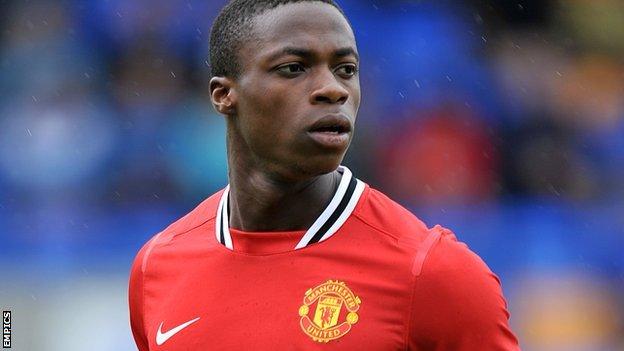 Sheffield United loanee John Cofie says he is happy to compete for a place in the starting XI.

The 19-year-old striker joined the Blades on a season-long loan from Manchester United earlier this month and scored the only goal in their 1-0 pre-season win at Rotherham on Tuesday.

He told BBC Radio Sheffield: "If I was to be the only striker here then I wouldn't be motivated.

"Having competition makes you train harder and helps you develop."

Cofie will be competing with new signing Shaun Miller, veteran Richard Cresswell and Chris Porter for a place in the first team.

The England youth international is confident that he can thrive as the Blades aim to gain promotion from League One at the second attempt.

"As a striker you need to be in a team that passes the ball and creates chances and this club has excellent midfielders," he added.

"The gaffer's style of play really suits the way I play so I'm delighted to be here. I'm hopeful that by the time the season comes I'm fit and ready to start scoring some goals."